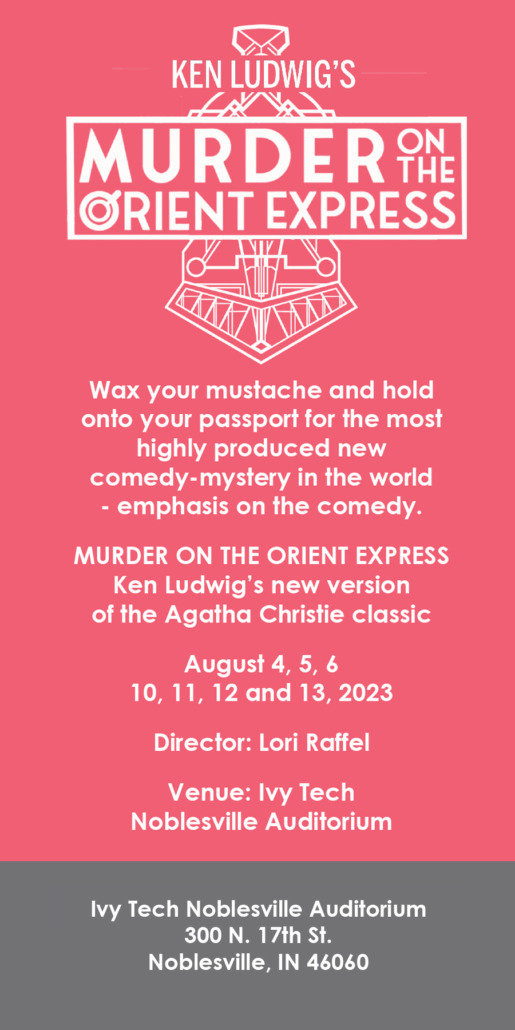 The exotic Orient Express is about to go off the rails. With a train full of remarkable suspects and an alibi for each one, it’s the perfect mystery for detective Hercule Poirot.

When the Agatha Christie estate approached Ken Ludwig to adapt Dame Agatha’s most enduring novel and put it on stage, he agreed immediately – just as quickly as it takes Hercule Poirot to solve the most thrilling case of his entire career. Ludwig has added his amazing gift of humor to this show, along with a tongue-in-cheek look at the entire production.

So wax your mustache and hold onto your passport for what has now become the most highly produced comedy-mystery in the world.