You are here: Home / WHAT’S ON STAGE 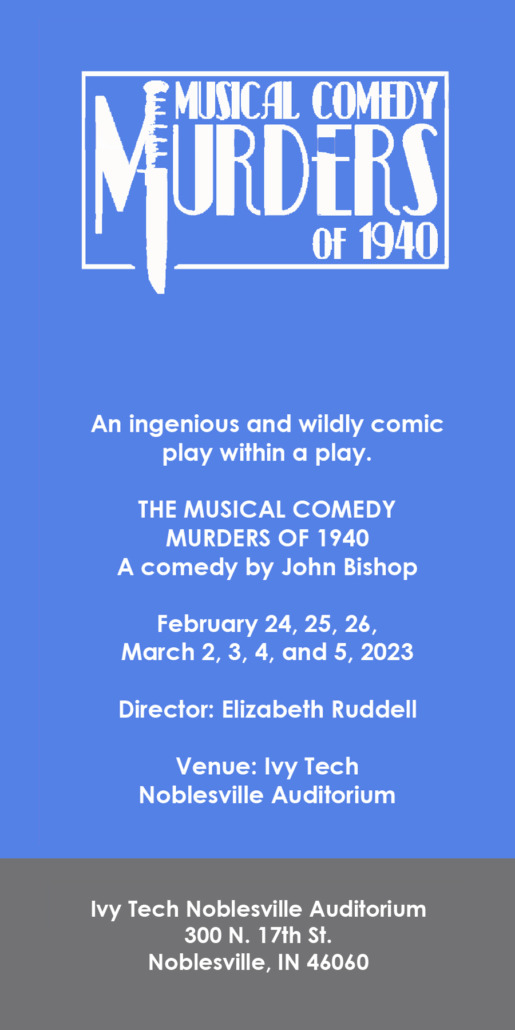 The creative team responsible for a recent Broadway flop (in which three chorus girls were murdered by the mysterious "Stage Door Slasher") assemble for a backer's audition of their new show at the Westchester estate of a wealthy "angel." The house is replete with sliding panels, secret passageways and a German maid who is apparently four different people- all of which figure diabolically in the comic mayhem that follows when the infamous "slasher" makes his reappearance and strikes again.